As seed producers, we know a plant’s and a company’s strength and vitality comes from its roots.

The Beginning of Kimberly Seeds International

In 1951, a small seed company was started in Kimberly, Idaho with a bold vision. This company sought to provide the necessary skills in marketing to support the local bean seed crops that thrived in the rich fertile soils of southern Idaho.

From humble, small beginnings, the business grew to the point that it was purchased by Greenseed Inc. and later, by the Dompe family from Crow’s Landing, California. It was at this time that Kimberly Seeds International received its iconic name. This acquisition brought new vision to the company. Bob Stark, the managing partner at that time, built the company into the international wholesale brand as we know it today. His expansion led to sales across the world including Canada, Holland, France, Spain, Africa, Australia, Japan, China, Mexico, and South America.

The Next Generation of Seed Production for Kimberly Seeds International

In 2010, after years of building the company and providing it with fresh growth, Bob Stark decided he wanted to retire and spend more time with his family.  After 5 years of searching, Bob found the perfect new leader for Kimberly Seeds International in Mark Wilson from Anchorage, Alaska. As the new owner of Kimberly Seeds International, Mark sees his background in business development as an opportunity to take the company to the next stage of its development.  Working with a dedicated, skilled, core staff at KSI, Mark and his team look forward to building on the company’s 65-year foundation of providing the highest quality seed to its customers around the world. 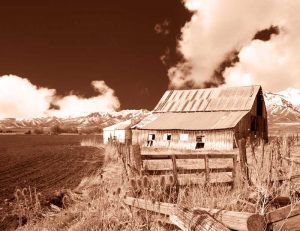